With Ivo’s second birthday fast approaching, I’ve decided it’s finally time for me to blog about the party we held for his first birthday! I chose a Peter Rabbit theme, because his favourite toy is the classic Jellycat Bashful Bunny, plus the date of his birthday fell on Easter. I had such a good time planning all the details! I got into crafting in a big way for my wedding, and I definitely treated this party as another opportunity to DIY lots of decorations. All of this despite the fact that Ivo had no idea it was his birthday. Take a look at my Peter Rabbit Pinterest board for my sources of inspiration, and see what you think of the end result below! 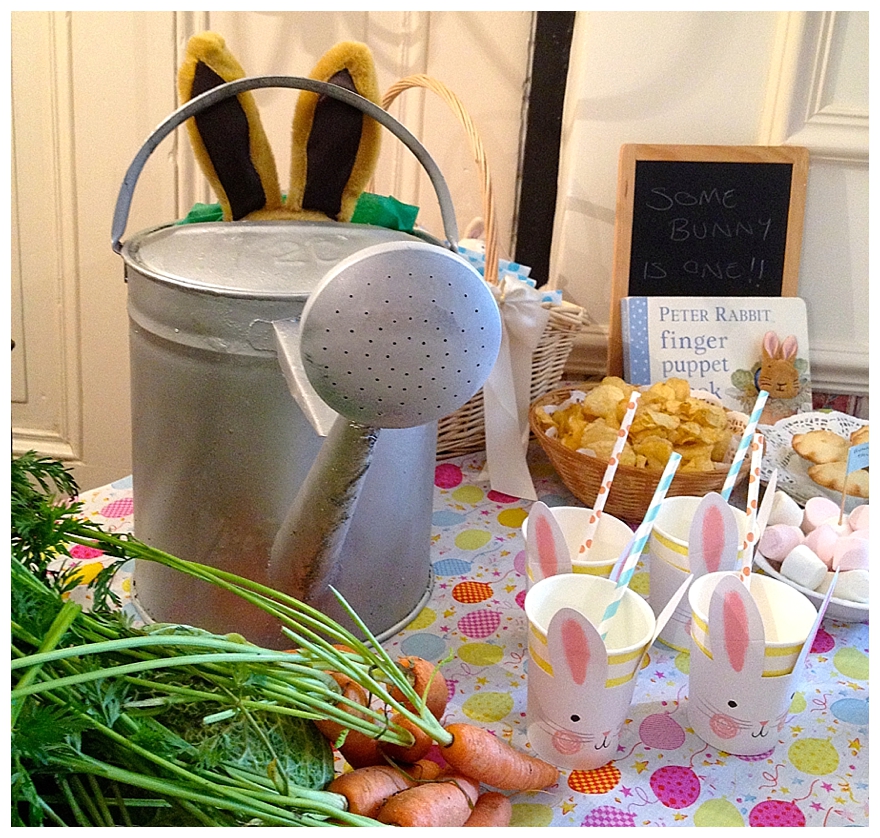 I created a vegetable garden vibe thanks to the cheapest of decorations EVER……loads of veg. If I had my time again, I’d buy even more cabbages. They were something like 40 pence each! I specially chose the carrots with their stalks on, to look like they’d just been pulled out of the ground. The wooden crate was something I already owned, but you can buy them from eBay. 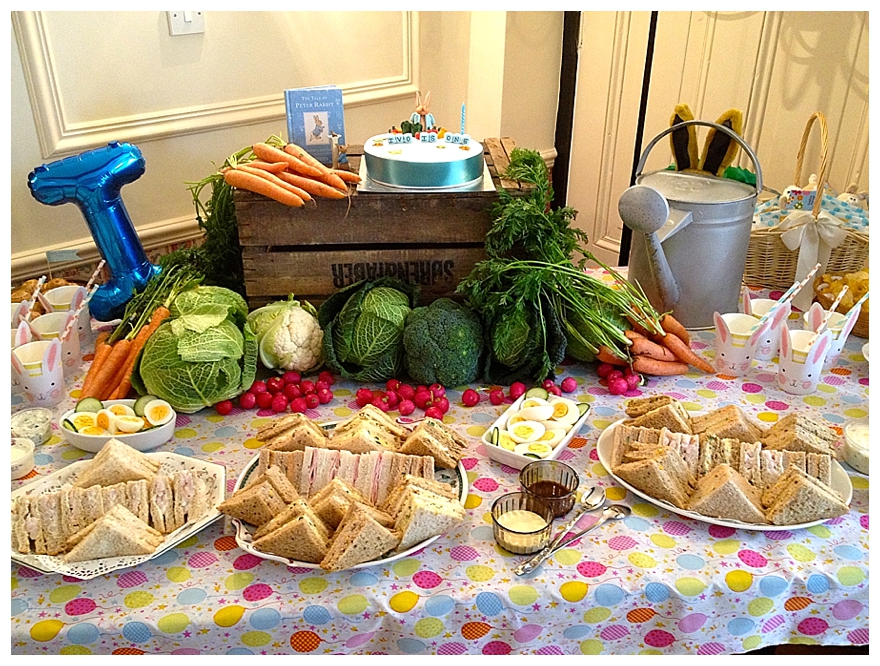 I really wanted a vintage watering can, but they were too expensive to buy, so my amazing father-in-law just sprayed a normal plastic can with silver paint {approx £3}. The bunny ears were a head-band bought from a supermarket, and we used tissue paper stuffed in the watering can, to hold them in place. 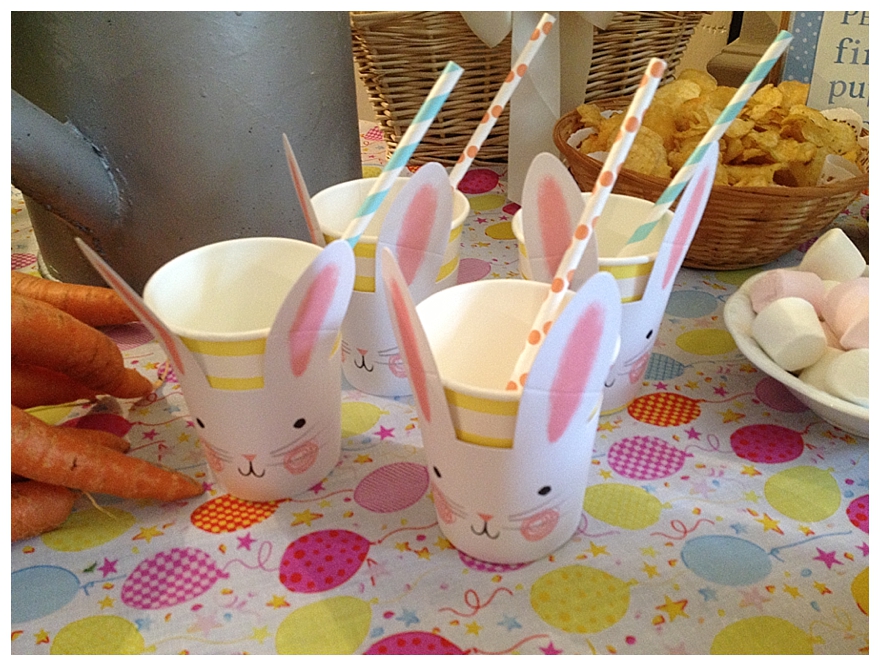 You can buy striped paper straws from The Sparkle Boutique, and bunny cups plus lots of other Peter Rabbit themed decorations from The Party Company. 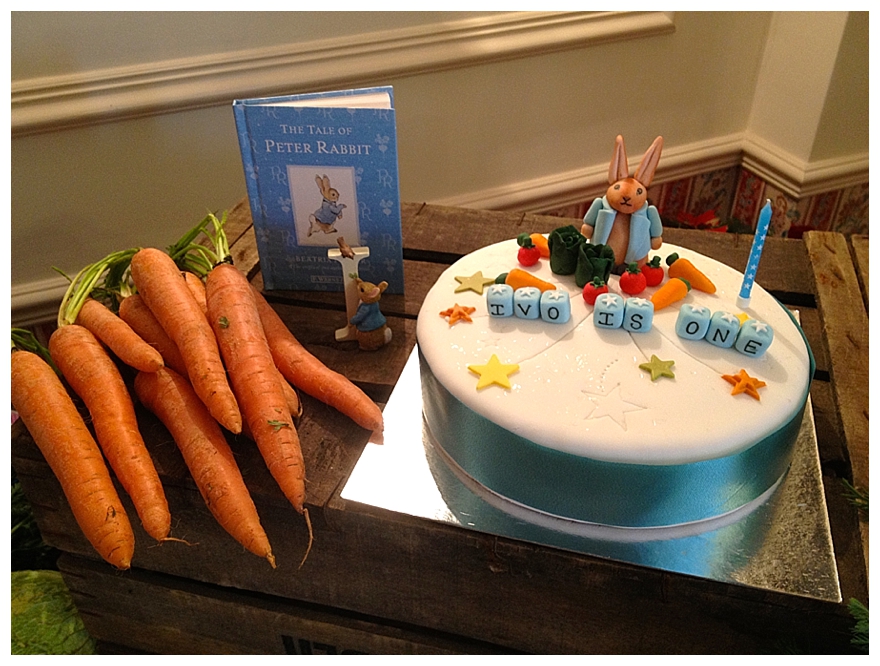 I bought The Tale of Peter Rabbit, and Ivo’s aunt and uncle gave him the Peter Rabbit I figurine for his birthday. It worked perfectly, because it also looked like a number 1. 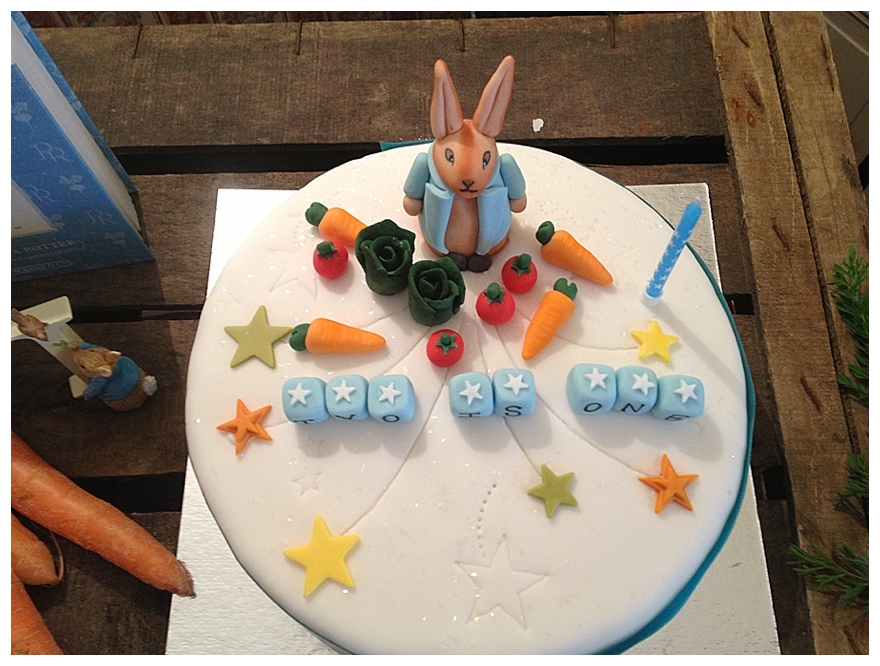 I looked at lots of bespoke cakes, and they were all coming in at ridiculous prices. So instead, I bought a celebration cake from M&S, and added a ribbon, and these special, personalised details. They were made by Rosie’s Cakes, and she sells them on eBay for only £15, and I couldn’t recommend them more. 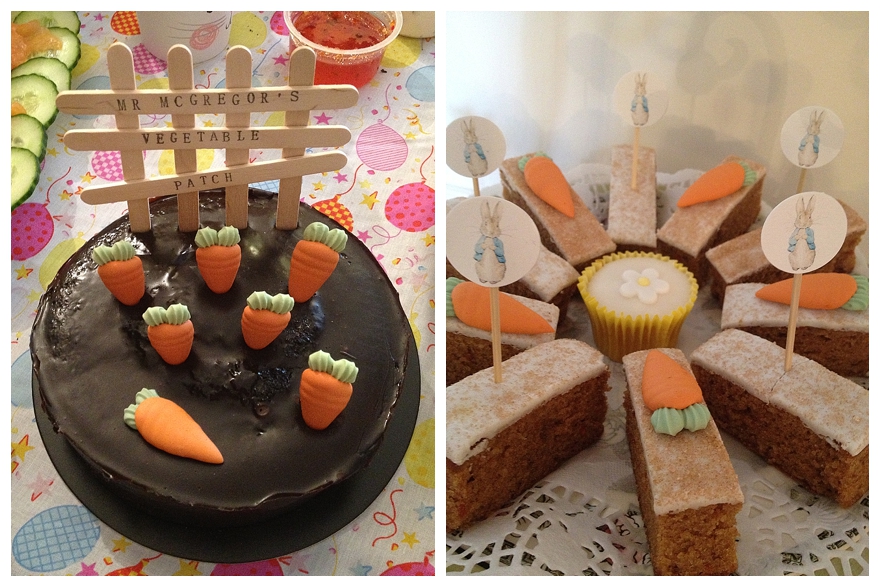 Of course we had to have carrot cake! These slices were from Tesco. I added the sugar carrots and home-made cake toppers. I loved how the chocolate cake looked a bit like soil, so I ‘planted’ some of the carrots. The ‘Vegetable Patch’ sign is another DIY project. I’ll post on those later. 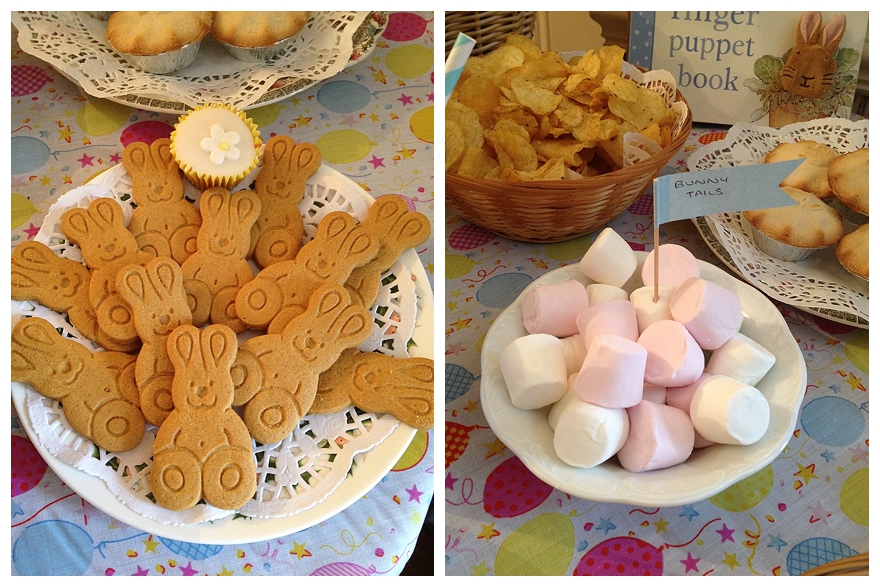 We also had pies, bunny shaped biscuits, marshmallow ‘bunny tails’ and other Peter Rabbit themed food {Peter Rabbit’s father gets made into a pie by Mrs McGregor}. As it was Easter, there was tonnes of reasonably-priced bunny themed foods in the supermarkets. I made lots of special labels for the food, and then in the rush forgot to use them! 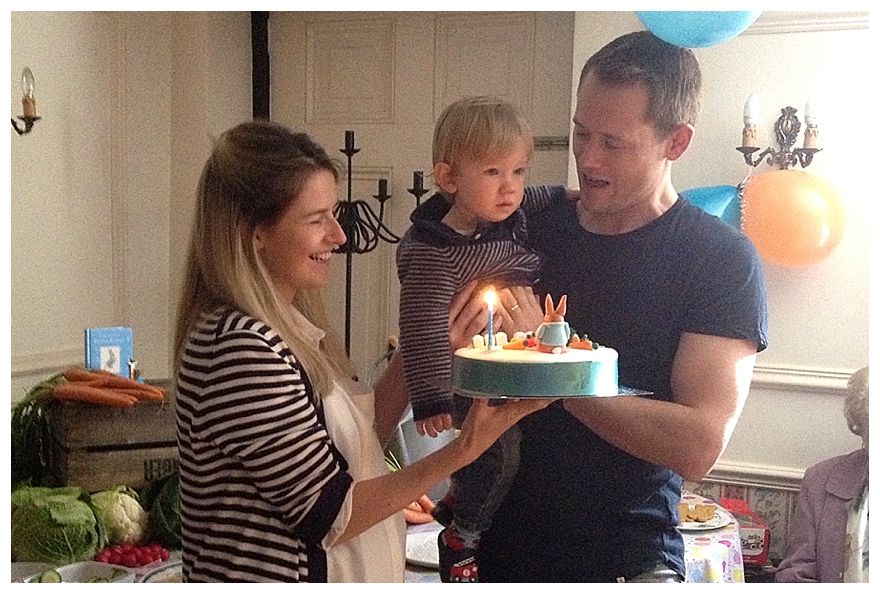 As you can see, it was all slightly overwhelming for Ivo! He’d just started to take his first steps, but he was a long way from understanding why everyone was standing around and singing Happy Birthday!

Hello, I'm Georgia - welcome to The Sandpit! I'm a mother of two blonde boys & a journalist. We live in Dubai, and I’m blogging my way through motherhood.