You might have already discovered the lowly stacking cup, but if you’re new to this game, I couldn’t recommend a toy highly enough. I first bought these from Marks & Spencer when Ivo was five months old, and I had no idea that they’d be such a long-lasting toy. While crinkly worms, chewy giraffes and noisy walkers have fallen by the wayside, the stacking cups are still going strong. Ivo can now stack them up to number four, but prefers to put them inside each other. They’ve also been used as drinking vessels in the bath, sand sieves / buckets in the sandpit, and comedy hats. Somehow we’ve managed not to lose any, although number 8 did take a short holiday at a friend’s house. For a cheap and cheerful toy that really lasts, it doesn’t get any better! The M&S ones seem to have sold out, but you can buy stacking cups for £3.69 from Amazon & for £3.99 from Kiddicare. Ikea even do a mini-set for a bargainous £1.50! 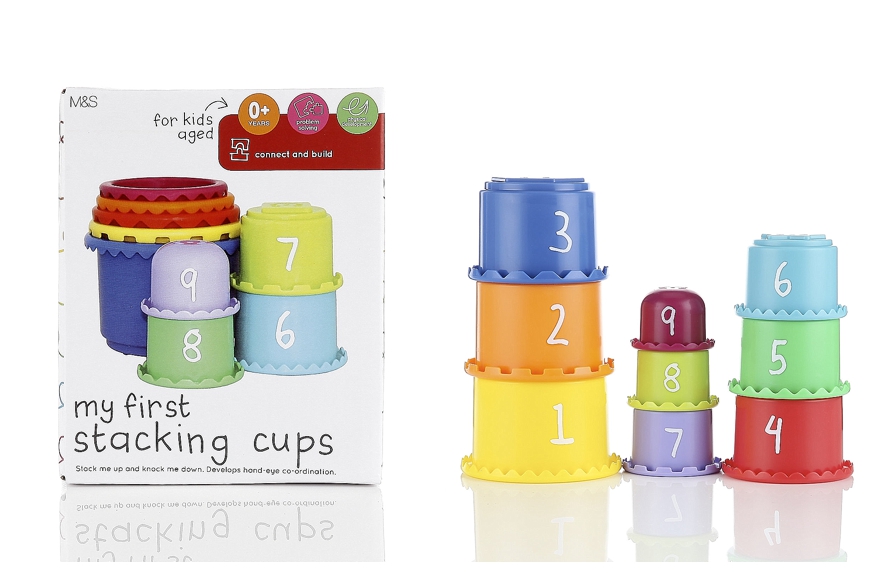 Hello and welcome to The Sandpit! If you live in Dubai or further afield, we're here to keep you informed on the latest trends in food, fashion, books and beauty, plus advice on everything from teething toddlers, to family finance and handling your dodgy boss at work.